To Build or Not to Build

This past February I had a chance to go to Haiti with a small team from my church, The Compass Church. Our team joined local missionaries who have been living there for about 6 years who work with Cross Roads and STEP Seminary. The team raised $6,000 for a home and this included all materials and labor. The foundation was laid prior to our arrival. In four days a small three room house was built. We had a small team of 5 people who joined a Haitian team of maybe 8-10 people to build this house. The Haitian team has built maybe 50+ houses and our team built 0 houses (1 home by the end of the trip). What was really cool was that we worked along side with the family who were going to be living in this very home. We started work at 7:30 AM and in the afternoon we would spend time playing with the local kids who would come by after school. Our team did not come as the experts in construction. We came as a team offering time and manual labor to help make one construction project a bit easier.

I knew someone in college who thought short-term mission trips where a big waste time. I remember them one day trying to destroy my rationale for why I thought short-term missions were a good thing. They were not interested in a meaningful conversation and I was reminded quickly how words have power to hurt. After I got back from this trip, I saw a feed on my Facebook about how short-terms missions are bad and how they destroy this or destroy that. As I read the article I was initially irritated. I thought to myself, here is another attempt to attack Christians trying to do something good, but as I read the article I start to notice I've heard this all before. In fact, the points this author was making were valid. In reality, there is a healthy way of doing short-term mission. Good intentions are NOT enough. I am not talking about THE right way of doing something or THE wrong way of doing something, I am talking about helping verse hurting. Our team read the book "When Helping Hurts" by Steve Corett and Brian Fikkert. This book was all about how to support and empower a culture that is in need of help instead of re-enforcing the cycle of poverty that exists in a 3rd world country. I highly recommend reading this book before going on short-term missions.

In the end it's not just about the home the team built. It's about forming relationships and partnerships. In reality I stink at building houses, I'm slow, and don't know what I am doing. In the time it took for me to hammer one nail into the wood for a roof, the Haitians would hammer four nails. I was sure I was slowing them down and not actually being a real help at all. Not once did they get mad or angry at my poor ability to balance on a wooden roof and hammer nails or how slow I was at laying down concrete for the walls. Looking back our team's presence there was not all able building a home, it was about forming relationships and creating memories. I got to spend a week in a culture I knew very little about. I got to learn their language and taught them part of mine. I went with an attitude of learning and partnership. I got to use my passion of photography capture moments. In the morning before work started the two teams came together to do devotions. Two cultures, two life styles, two countries... ONE AMAZING GOD!

Mixing the concrete for the walls. 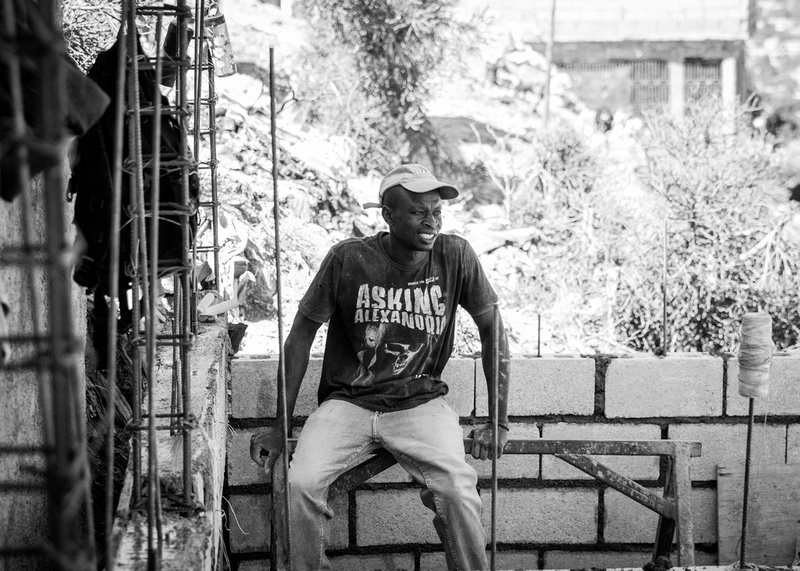 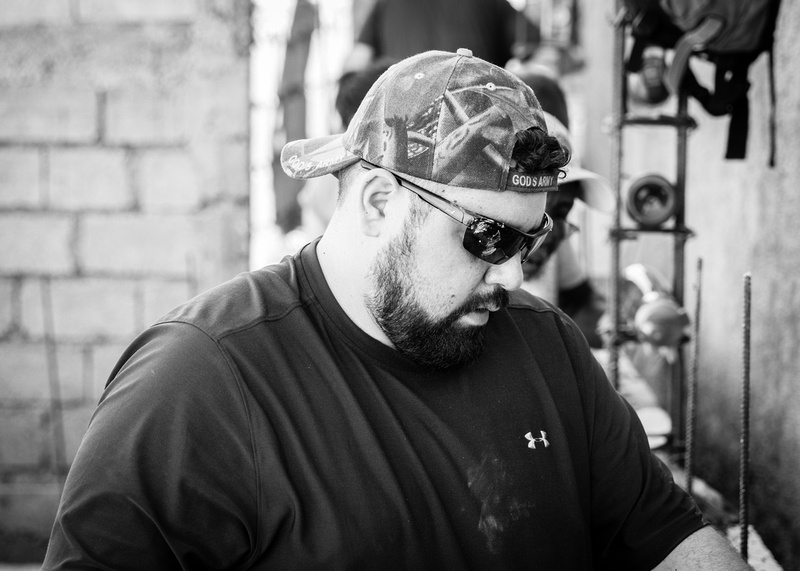 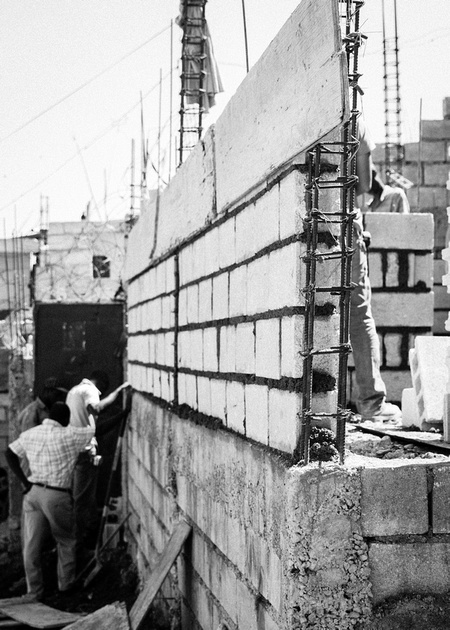 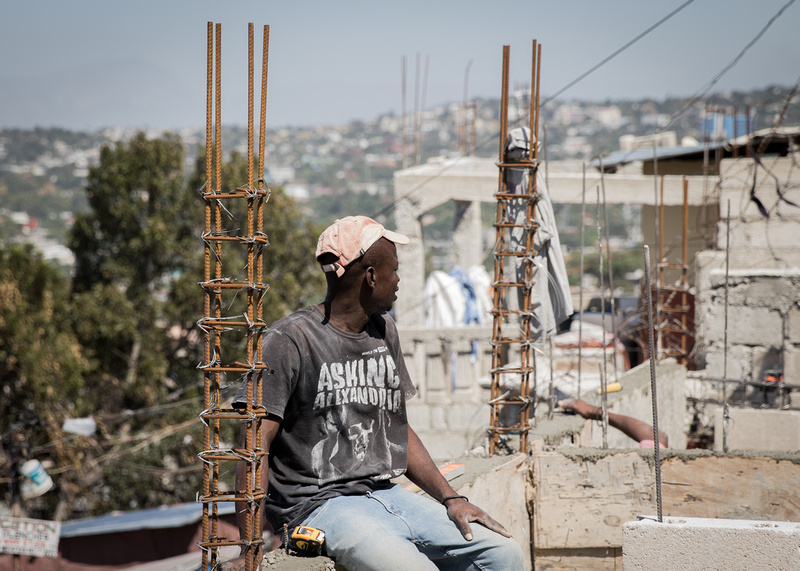 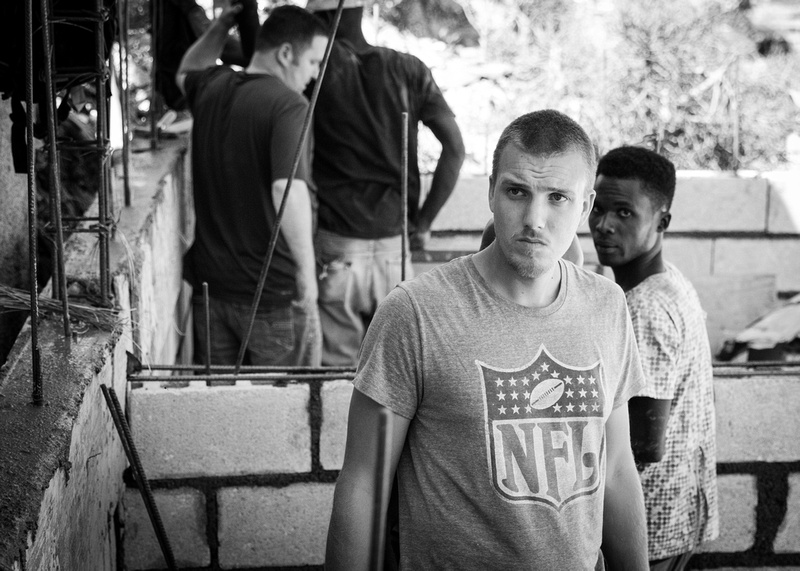 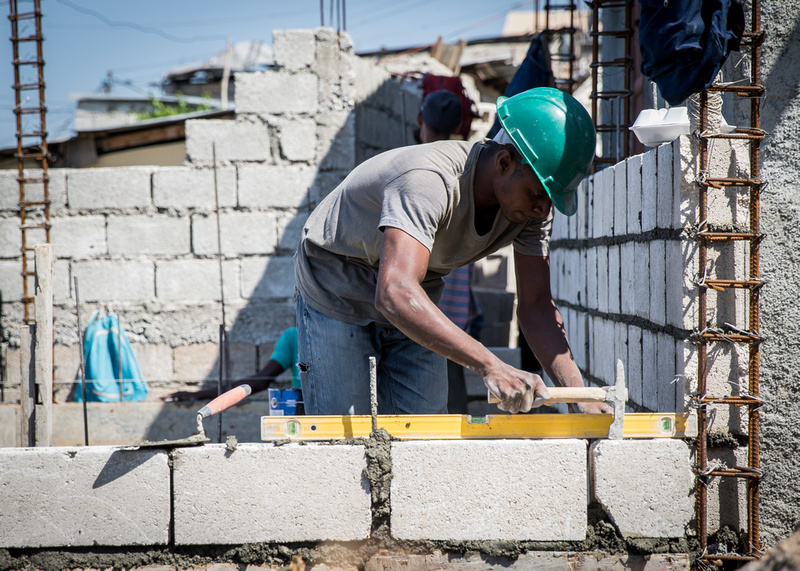 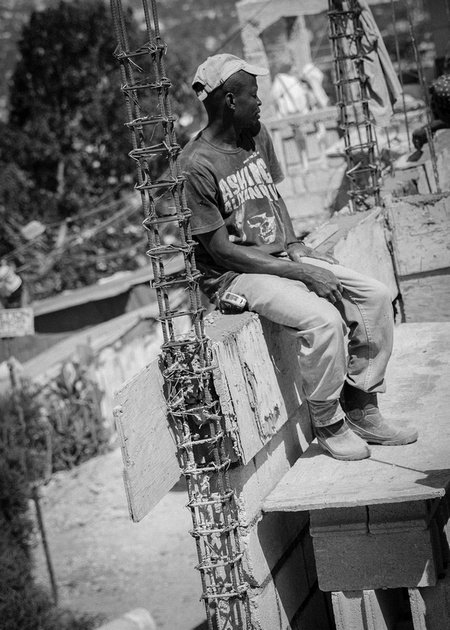 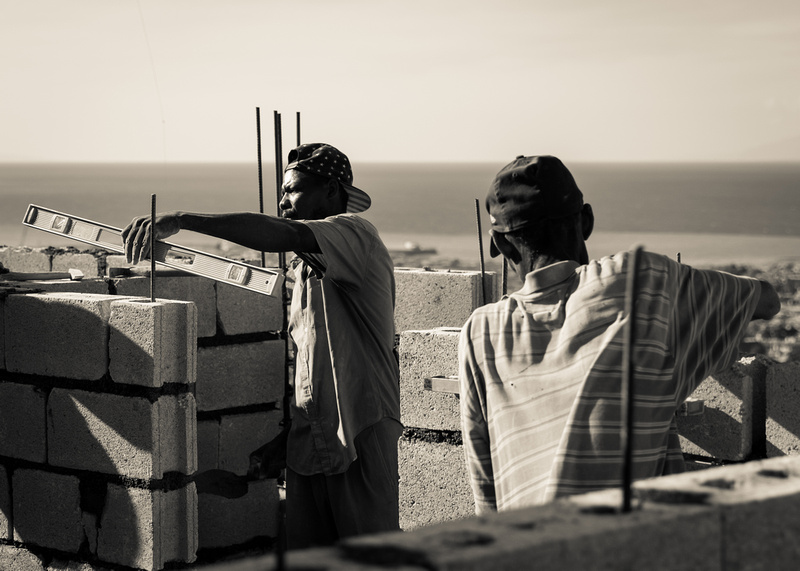 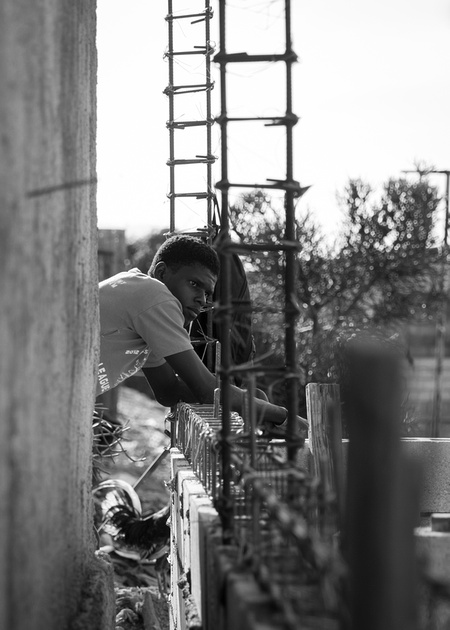 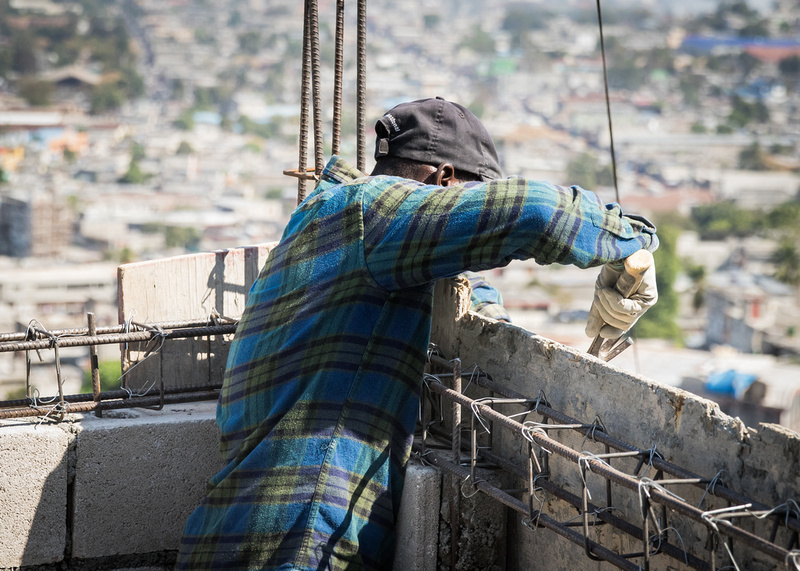 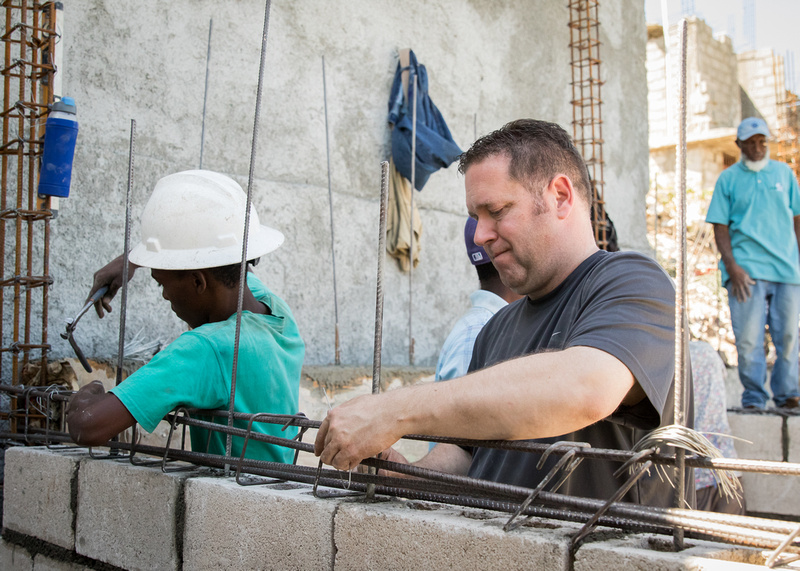 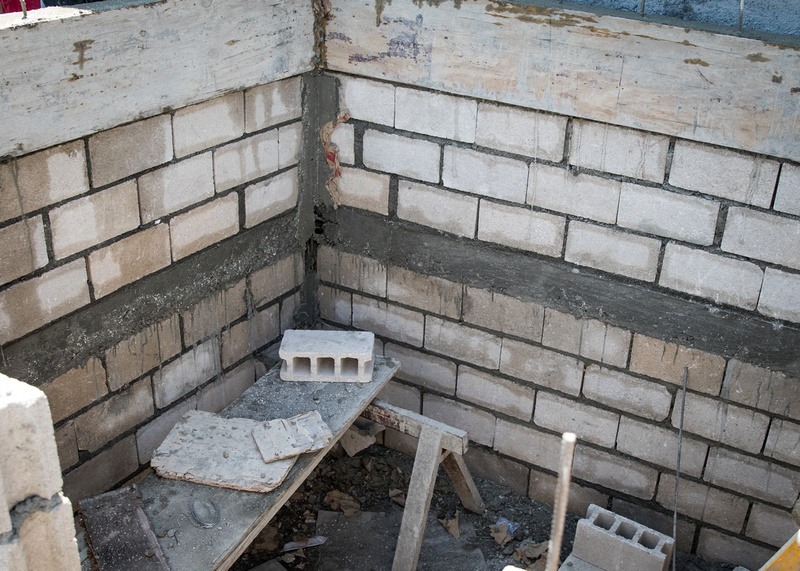 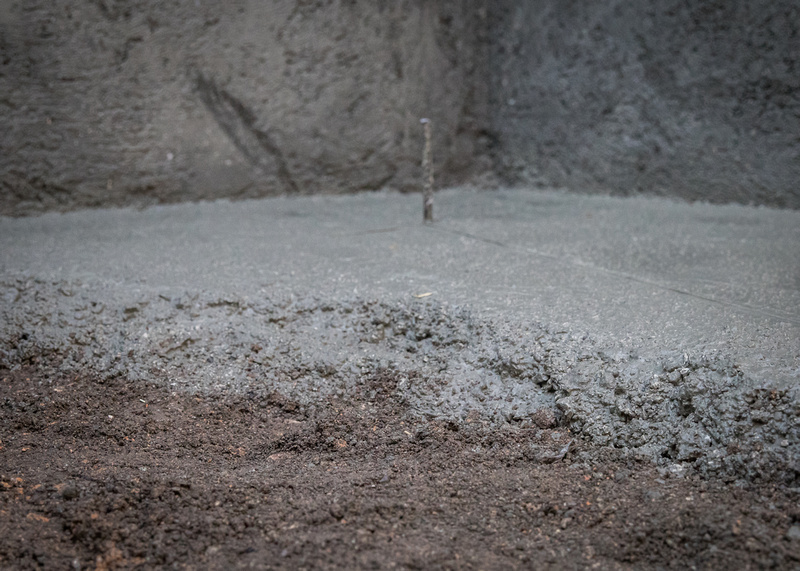 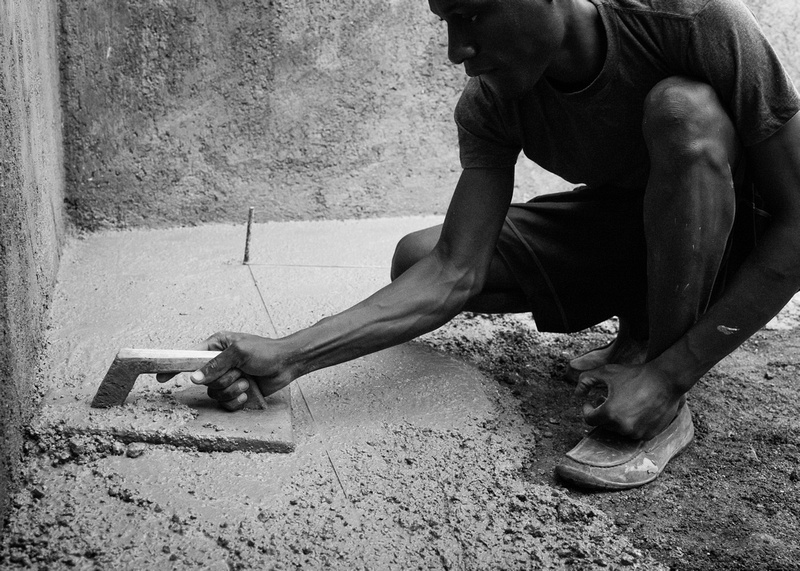 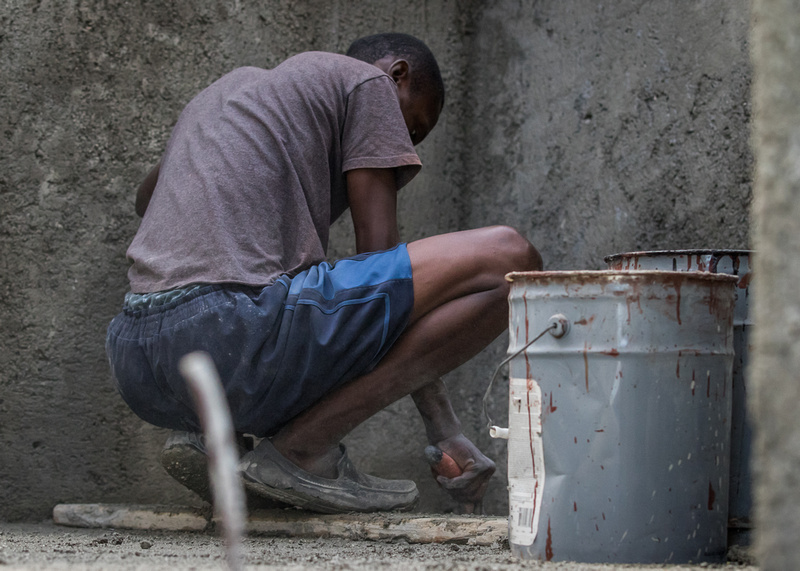 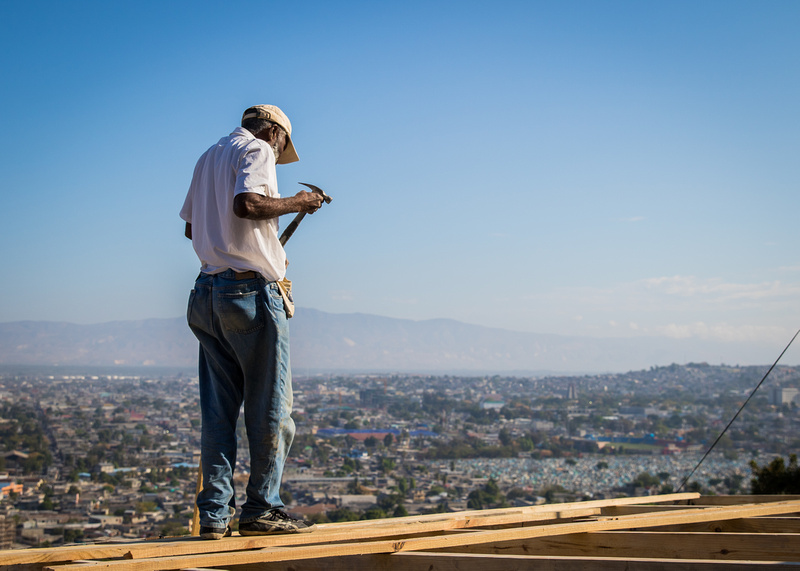